Published on 2018-05-11, under Programming, tagged with python, best-practices, configuration, architecture and tools. 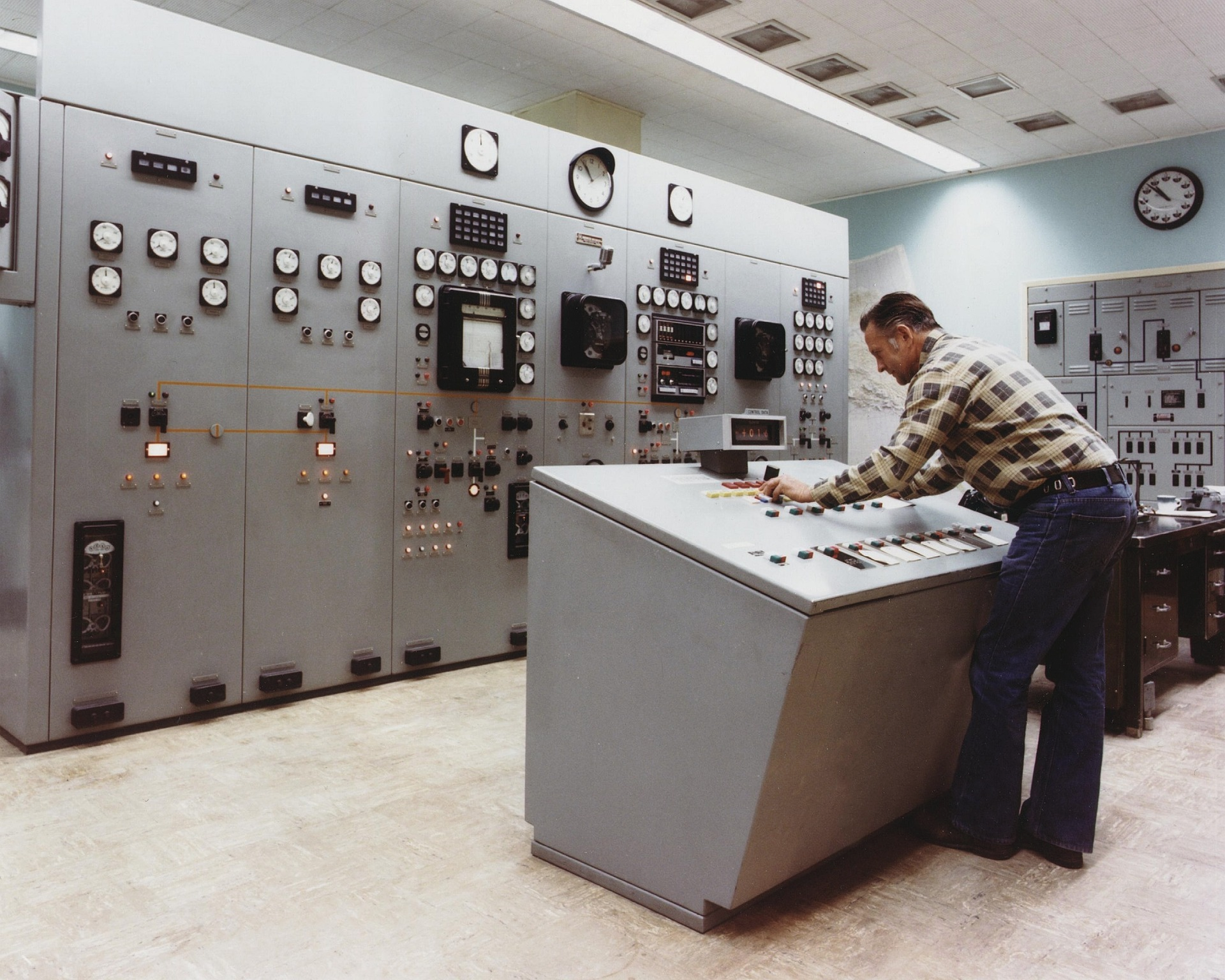 Configuration is just another API of your app. It allows us to preset or modify it's behavior based on where it is installed and how it will be executed, providing more flexibility to the users of such software.

Configuration management is an important aspect of the architecture of any system. But it is sometimes overlooked.

The purpose of this post is to explore a proposed solution for proper config management in general, and for a python app in particular.

Hold on a moment. Configuration understood as a mechanism of altering the state and behavior of a program can be very broad.

We are interested in the deterministic configuration that presets the state of a program, without having to interact with it, like static config files or environment variables.

On the other hand, there's the runtime configuration, which is set when the user interacts with the system. User preferences are a typical example of this kind.

It may not always apply, but a general rule of thumb is to separate config by how it affects code: Code that varies depending on where it is run (static), as oposed on how it is used (runtime).

We make the distinction because the later is not very general and is up to the developer to decide how to manage it. If it is a desktop app, a file or a sqlite database might suffice, but for a cloud app, maybe a distributed key-value store is needed.

The first thing to determine is the type of software that needs to be configured. There is a difference between configuring a library vs configuring a project.

Lets see an example of how sqlalchemy, a database toolkit library, provides us with the needed building blocks for us to use as we please.

A library is meant to be a reusable piece of code that should not make assumptions on where and how it is going to be used.

Imagine if sqlalchemy gathered it's engine configuration from an environment variable SQLALCHEMY_ENGINE=sqlite:///sqlalchemy_example.db or a file in /etc/sqlalchemy/engine.cfg. It would be complicated for an app reuse that library to connect to different databases.

For this reason a library should be only configured through code, and never require env variables or configuration files to exist in order to be used.

A project might use many libraries that require different configs (a database connector, s3 storage, etc). So it is in charge of gathering required config and using these libraries.

In this case, it is the app's responsibility to gather the connection settings and use the library to connect to two separate databases, because the app knows what it needs, not the library.

How to configure a project (or application)¶

It is important to provide a clear separation of configuration and code. This is because config varies substantially across deploys and executions, code should not. The same code can be run inside a container or in a regular machine, it can be executed in production or in testing environments.

Where to get configuration from¶

For example, there is a common pattern to read configurations in environment variables1 that look similar to the code below:

Why is getting config variables directly a bad idea?

If env var DEBUG=False this code will print True because os.environ.get("DEBUG", False) will return an string ‘False’ instead of a boolean False. And a non-empty string has a True boolean value. We can't (dis|en)able debug with env var DEBUG=yes|no, DEBUG=1|0, DEBUG=True|False. We need to start casting/parsing everywhere.

The rises the need to consolidate configuration in a single source of truth to avoid having config management scattered all over the codebase.

All this configuration management should be handled before the program starts, to avoid parsing files, or passing CLI args everywhere. So ideally we would have a single config.py file where settings are gathered, parsed and processed. The app imports that config module and distributes it to all the different libraries it is using.

An example startup script for your app could be:

This snippet uses ChainMap3 to lookup values in different dictionary-like objects. To our convenience, the configparser module has builtin support to read multiple .ini files and merge them.

Another anti-pattern to be aware of is having as many configuration modules as environment there are: dev_settings.py, staging_settings.py, local_settings.py, etc, and including different logic on them.

A very simple example of custom logic is:

Should be a single settings.py:

Which gets its config from a local ini file for example:

The example of configuring plugins is not accidental. The idea is to show that if you need to enable the user to do some scripting as customization, do so through a plugin system, but never through scriptable config files.

Also, a litmus test for whether an app has all config correctly factored out of the code is whether the codebase could be made open source at any moment, without compromising any credentials. What this means is that credentials and secrets should also be kept outside the codebase and made configurable.

So secrets and environment dependant settings have to be handled somehow.

Config files are very convenient since they can be version-controlled, can be put into templates by Config Management/Orchestration tools and come handy when developing.

Following the example above, a config.ini.template could look like this:

Even env vars can be put into a file (typically named .env) that gets loaded before the program starts. Many tools that manage processes/containers, like docker-compose and systemd, or even libraries have support for loading them.

It is common practice to put an example settings.template file that is in the VCS, and then provide a way to copy + populate that template to a name that is excluded by your VCS so that we never accidentally commit that. These files might also be tracked by VCS, but encrypted, like it is done with Ansible Vault.

These are all steps that make use of external tools that are not part of the codebase and should be replaceable. An app could be packaged for Ubuntu or Windows differently, can be installed manually or put in a container. For this reason, code should be as agnostic of these steps as possible and delegate that to another actor called: Installer/Builder.

This new actor can be one or many tools combined, for example docker-compose, yum, gcc, ansible, etc.

The installer actor is the one that knows how to bind code with the right configuration it needs and how to do it (through env vars or files or cli args or all of them). Because it knows the configuration it needs to inject into the project, it makes a good candidate to manage configuration templates for files, vars that will be injected into the environment, or how to keep secret/sensitive information protected.

The development and operations flow has two clearly distinct realms:

Notice that developers are also users of the software, that need to configure it and are constantly doing micro-releases while developing.

If you use different tools when developing and when deploying, all these scripts and templates will start to increase in number. Ideally, a project should support one set of build tools and use it for development and production. For example: docker everywhere.

Ideally, programs should have the ability to be notified when there are new configs to be picked up.

This is possible if configuration is provided through files, not so easy if we used environment vars or CLI arguments, in which case we would have to restart the program.

The SIGHUP signal is usually used to trigger a reload of configurations for daemons.

In Python, this can be achieved with the signal module, as the following gist shows:

Then, the program can be notified about new config by using kill -1 or, with systemd:

If the app is part of a distributed cloud system, the same principle can still be used. For example, Consul, a tool for service and configuration discovery provides consult-template, a command to populate values from Consul 4 into automatically updated templates that can emit reload commands to programs to pick it up.

As you can see, there is another tool in charge of managing configuration, building it and notifying our code about it.

Prettyconf is a framework agnostic python library created to make easy the separation of configuration and code. It lets you use the principles we discribed about configuration-discovery.

With the snippet above, the debug config will be discovered from the command line args, the environment or different .ini files, even following good naming conventions, like checking for DEBUG in the environment but debug in the ini files, and pasing that to a boolean. All these loaders are optional, and won't fail if the files are missing.

With prettyconf there are no excuses not to follow best pratices for configuration management in your app 2.

Don't take responsibility of gathering configuration when developing a library.

In your app, always use a single config.py file that gathers all settings and load it before starting the program.

Keep in mind what belongs to which realm when writing code/scripts. Everything can live in the same repo, but at least they will be in different folders (src/ and ops/, for example). Configuration for each service (Nginx, Postgresql, etc) should be handled separately, by specialized tools.

And speaking of tools, consolidate a very similar set of tool for dev and production envs. Containers are gaining popularity everywhere, use something like docker or ansible-container for both realms.